Lord Hurd (perhaps better known as Douglas Hurd), occupied a number of very senior posts in the Conservative Administration of 1979 to 1997, and was Foreign Secretary from 1989 to 1995.  He is a Fellow of Nuffield College, Oxford, and a Vice-President of the Oxford Branch of UNA.
Lord Hurd began by saying that, as Parliamentary Secretary of State in the Foreign Office, he had succeeded Evan Luard, in whose honour these lectures were held.
The conflicts of the nineteenth and twentieth centuries had resulted in a number of attempts to restore justice and prevent recurrence of strife.
The Congress of Vienna (1814-15) was concerned with putting the Emperors back on their thrones after the defeat of Napoleon: in other words, restoring the map of Europe.
The Treaty of Versailles (1919) attempted to treat the nations as equals - though they were not, and Germany and Japan remained defiant.  The British and French were allowed to carve up the colonies.
The Treaty of San Francisco (1945) established the United Nations, but (perhaps inevitably) conceded the major powers a right of veto, which has been used again and again.
The UN Security Council was to have five permanent members (USA, USSR, the UK, China, and France) and ten non-permanent, but there have been arguments over enlargement.  The Chinese don’t want Japan admitted, and Russia has also been obstructive.
So what do we do if a state misbehaves?  Very often we do nothing; but sometimes public opinion may move us to intervene (not always wisely).  For instance, in 1876 Turkey committed atrocities in the Balkans.  Many in Britain were outraged, but Disraeli treated the episode flippantly.  But when Russia wanted to make political capital out of it, British opinion turned to support Turkey against Russia!   It was noteworthy that public opinion, which in 1991 had largely supported the First Gulf War and the ejection of Saddam Hussein from Kuwait, had been very divided over the Second.
It is here that the Right to Protect (RtP) becomes relevant.  We look inside another country and employ a set of rules which govern the type of action which we should take.  These bring us back to St Thomas Aquinas and the concept of the Just War.

- We must be absolutely sure about the facts (as we failed to do for the Second Gulf War).

- Every other means (such as sanctions) must have been exhausted.

- There must be an international authority, typically a resolution by the UN Security Council (as in the First Gulf War).

- It must be clear that the situation created by military intervention will bring about an improvement.

The last, particularly, creates a high barrier to surmount.  It is folly to get involved unless we are sure that the conditions are fulfilled.  At present, the case for applying RtP to Syria falls to the ground.
Lord Hurd wondered whether President Obama could succeed in getting consensus on these issues.  Could the US therefore give a clear lead?  So far, he had not been successful.
Putin’s Russia was much more difficult to deal with than Yeltsin’s, and Europe lacks leadership.  So the situation has deteriorated since 1989.
The USA must accept the same constraints as other countries - but has Obama either the will or the power to achieve this?
See also the article by Alexandra Buskie of UNA-UK (who was present at this lecture) on pages 16-17 of the Autumn 2012 issue of New World
Evan Luard Lecture 2015
‘A United Nations Fit for Purpose?  The challenges facing the UN as it turns 70’
Sam Daws, Director of the Project on UN Governance and Reform, Oxford University

A crucial enabler will be the use of smart phone technology, social media, and crowd sourcing – part of a statistical data revolution.
The panel proposed 12 indicative goals.  The UN General Assembly – after intergovernmental negotiations – unanimously agreed in September (2015) a new set of 17 Sustainable Development Goals, largely based on the five key shifts narrative.   Retaining key goals on gender equality, hunger, poverty, health and education, there were new goals for energy, for infrastructure as well as peace and accountable institutions – the means as well as the ends.
So this initial test of the UN’s convening and normative power – its ability to chart a new fifteen-year roadmap for international action on development – has been passed.
But four key challenges lie ahead:
First, each country must set and feel ownership of credible targets and indicators.
Second, sources of funding must be secured from traditional and innovative sources
Third the new goal framework must be integrated with whatever agreement emerges on climate change in Paris next month (December 2015).
Fourth, The UN must break down its own siloed institutional responses in order to respond to the convergence of development, humanitarian assistance and conflict management.
The convergence of conflict and poverty.  One half of the world’s poor can currently be found in fragile states, and this is projected to rise to 80% by 2025.
Traditional aid is becoming less important than remittances – which are already three times greater than aid and growing; less than foreign investment; and less than taxation raised by developing country governments.
Developing country governments can frequently now choose whether they accept “aid” with donor preferences and accountability strings, or foreign investment – in some cases with bribes or loss of future ownership attached.
Development will increasingly be more about policy choices and harnessing new technological, scientific, engineering and medical breakthroughs than about donor-recipient financial relationships.
Climate change
One of the greatest challenges facing humankind is that of climate change.  The UN has contributed in two ways.
First it has provided, through the Intergovernmental Panel on Climate Change a forum for the world’s scientists to present a coordinated and authoritative evidence base.   This has convinced almost all governments that climate change is influenced by human activity, that it is a real threat, and that unchecked the situation will get worse.
Second the UN has provided a process for a political agreement among member states to take shape – the UN Framework Convention on Climate Change.  Progress on this track has been slow and halting.   The summit at Copenhagen in 2009 was a significant disappointment.
But in the run up to a crucial conference in Paris next month (December 2015) an innovative approach in global negotiation has been emerging.  Instead of the UN Secretariat or General Assembly seeking to agree and then impose a top-down solution, countries have been encouraged to put forward their own voluntary commitments.
So far these commitments – which include the US, China, India and the EU - account for 86% of global greenhouse gas emissions.   The UN’s top climate official Christiana Figueres has said that the commitments made prior to Paris have the capability of limiting the forecast temperature rise to 2.7% centigrade by 2100.   This is still more than the 2% that scientists believe will lead to catastrophic consequences.   And these are only commitments – countries may not live up to them.   But it does mean that averting disaster is still possible.   We first need an agreement in Paris – which I believe will be achieved - and then a mechanism to ratchet-up commitments as technological breakthroughs make this possible.

The section on peace and security in this lecture draws largely on the valuable insights of an unpublished April 2015 lecture by Michèle Griffin, Director for Policy Planning in the Office of the UN Secretary-General, entitled “The Changing Global Landscape and its Implications for the UN”.
Biographical note on the Lecturer
Sam Daws has worked for or with the UN for over 25 years. He served as First Officer to UN Secretary-General Kofi Annan, and then spent six years as the Executive Director of the UN Association UK. He has since worked for the British Government in UN-related roles in the Foreign and Commonwealth Office and the Cabinet Office. He has co-authored or edited 13 books on the UN, including The Oxford Handbook on the United Nations.
Sam is currently a senior research associate in Oxford University’s Department of Politics and International Relations, where he directs a research project on UN Governance and Reform.

These annual lectures are in honour of (David) Evan Trant Luard (31 October 1926 – 8 February 1991), better known as Evan Luard, MP for Oxford, 1966-70 and again from October 1974. He was educated at  Felsted School and  King's College, Cambridge, where he gained a First in Modern Languages. In 1950, he joined the  Diplomatic Service, and after learning Chinese was stationed in Peking from 1952 to 1954. In 1956 he resigned from the diplomatic service in protest at Britain's involvement in the Suez Crisis.

He became a research fellow at  St Antony's College, Oxford in 1957 where he was able to research Chinese relations with Britain. He was a Labour councillor on Oxford City Council from 1958 to 1961. Evan Luard contested the Oxford parliamentary constituency for Labour in 1964, and in 1966 was elected. In 1970 he lost his seat but was re-elected in October 1974. He served as a  Parliamentary Under Secretary of State in the Foreign Office from 1969 till 1970 and again from 1976 until Labour left power in 1979. He joined the SDP soon after its formation, and contested the 1983 General Election for the party in the newly formed constituency of Oxford West and Abingdon. He was de-selected in 1987 in favour of Chris Huhne. 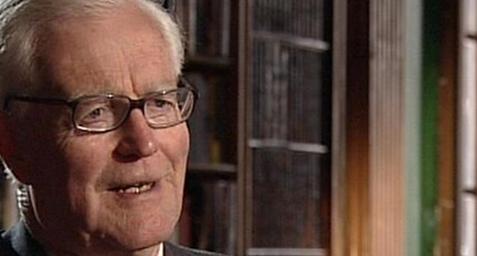